As all the moms were still working they had something other than the pregnancy to focus on, a welcome distraction for some. Energy levels, except for the mom of twins, were higher.  Pregnant mom Sue* quickly realised when traveling internationally that if she mentioned her pregnancy she was given two empty seats next to her and staff were most helpful. To a lesser extent, the other three also experienced help and consideration on sharing their status as moms to be.

All found that they had become super aware of their surroundings so they could protect their babies. When walking through malls or shops their arms were ready to fend off people so they couldn’t be bumped.  They consciously avoided harsh smells or cigarette smoke.

With nausea having abated, all could take an interest in food again. Mom2B® was a happy choice for all the pregnant mothers to add. Not only was the Mom2B® Pregnancy Shake a yummy addition to their current diet but it assisted to lift their energy levels again.

Two had cut out tea and coffee to limit caffeine and were watching their weight; one was not overly concerned about diet. One was eating for two with great delight and had already put on weight ahead of the curve. Thankfully, Mom2B® Pregnancy Shake is low in fat which can help her to manage her weight a little better. Constipation was affecting all of them so lots of fruit and vegetables were needed for fibre, and two liters of water a day helped things along.

They realised that it was important to have the right food in the house all the time so they could snack healthily. If they ate “empty” calories they found that they became hungry quicker which set off a huge snack attack. They were back to three solid meals a day, with snacks in between and a glass of their Mom2B® Pregnancy Shake.

What fun! Higher energy levels inspired them to plan and start getting the baby’s nursery and equipment ready. One said it is a lovely milestone to choose a theme and prepare the baby’s room, much like choosing a wedding theme. Friends and family were supportive and interested even if they were both reeling at the costs of bringing such a tiny tot into the world. It was also a time in which to arrange for their confinement, join workshops and classes to get advice and have family join them at scans. 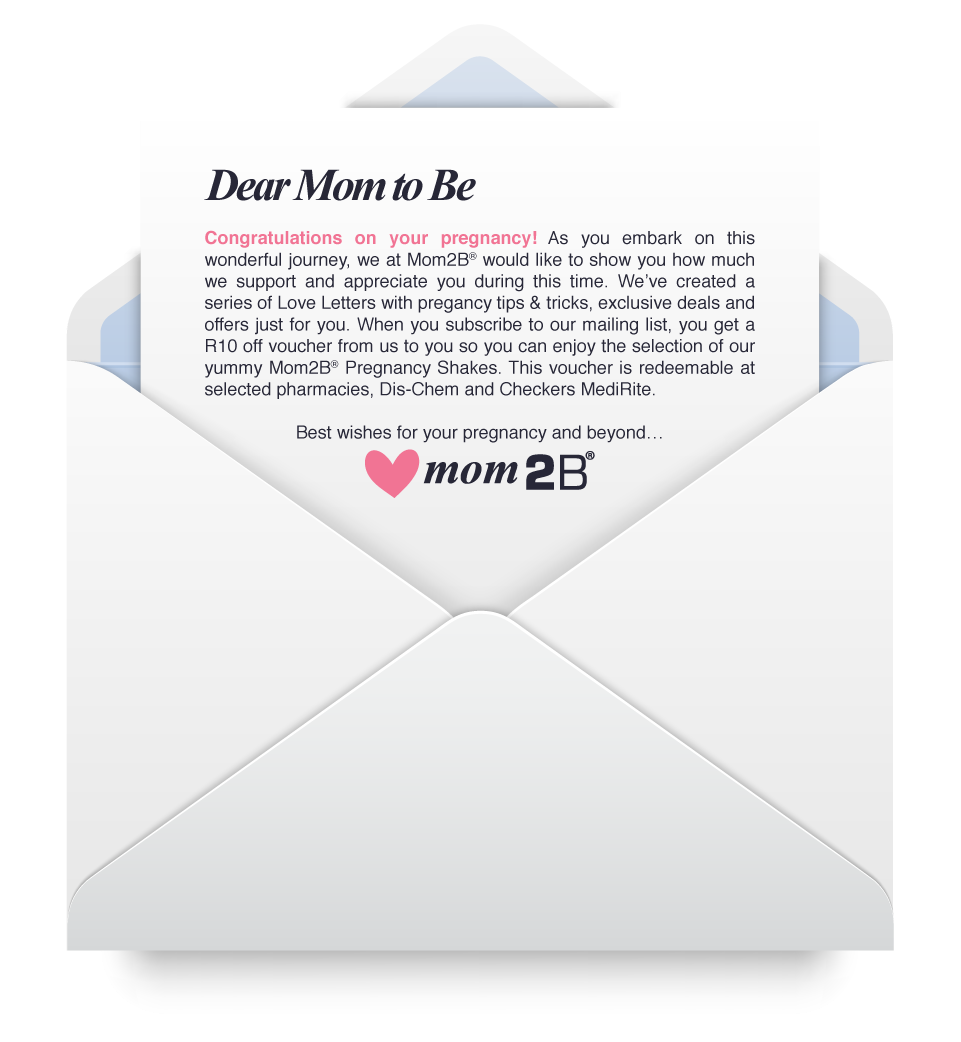 Mom2B® is a Nativa Brand